The Red Fort in Delhi


The Red Fort is in fact one of the most remarkable historical sites of the Indian capital, Delhi. Situated at the heart of old Delhi, or the most ancient section of the city, the Red Fort is one of the landmarks commonly included in many travel packages to India.

As many other amazing monuments in India, the Red Fort was built by Shah Jahan, the constructor of the breathtaking Taj Mahal in Agra. The fort was erected around the middle of the 17 th century. Featured with its distinctive Mongol designs and outlines, many tourists who spend their vacations in India explore the Red Fort.

Among the interesting features of the Red Fort of Delhi are its magnificent doors and gates. The Lahori gate for example symbolizes the battles India has been through to gain freedom. Tourists who visit the Red Fort usually also explore the Jama Masjid located nearby. 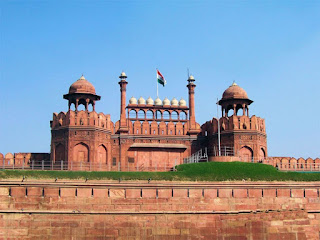 Posted by Right Travel at 6:02 PM No comments: